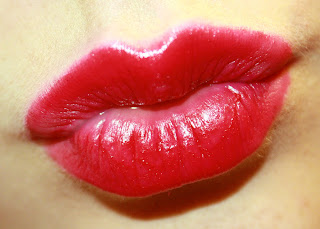 The institution of the coffee break has been around ever since labor unions started complaining about working conditions. At least, I think it was them who started it. Nevertheless, it’s an institution now. Everyone gets their morning and afternoon coffee breaks, so that they can get away from their desks, grab a cup of java and talk to their buddies for a few minutes.

That is, everyone gets their coffee break, except for those who are self-employed. They keep on working no matter what. Yes, I’m amongst the ranks of those who have foresworn coffee breaks. Of course, since I’m not allowed to have caffeine, giving up decaf wasn’t much of a sacrifice.

My wife and I both work out of our home office. I write and she teaches language classes; but, we share the same office. I’ve heard all my married life (and before) that a couple shouldn’t work together, because it causes them to spend too much time together. Well, if it wasn’t for the time we spend together in the office, we might not be able to spend enough time together.

Anyway, there’s another distinct advantage of sharing an office with my wife. While I don’t take coffee breaks, I do take kiss breaks. Now, kiss breaks are highly important. Not only do they provide a great break from the workday, but they also help keep us connected. Since we both work a lot, we need to make that extra effort to keep ourselves connected. What better way than to stop a couple of times a day to kiss?

The fact of the matter is, most couples don’t kiss enough. It could be because they’re too busy, or too tired, or that they don’t like kissing in front of the kids. Regardless of the reason, they just don’t kiss enough.

Did you know that kissing is actually more intimate than sexual intercourse? Now, I realize that we’re not used to thinking of it that way, but it’s true. Prostitutes won’t kiss, even though they’ll let men do just about anything they want to their bodies. It’s possible for them to mentally “disconnect” themselves from their bodies, not allowing that to affect them. But, they can’t ignore a kiss; so they don’t allow it.

The lips are the most sensitive part of the body. That’s why babies put everything in their mouths. It’s also why kissing is so arousing sexually. Kissing stimulates us in a way that even sexual intercourse can’t.

When my wife and I were on our honeymoon, we went to Aspen, Colorado to go skiing. While we both enjoy skiing, she was a bit fearful. So, we developed a plan for skiing together. I’d ski down the hill a ways and stop to wait for her. She’d ski down to where I was. Then, we’d stop for a kiss break before continuing on. Whether or not the skiing was fun, the kiss breaks were wonderful.

Kissing also helps prepare her for other intimate activities later on. Women don’t think of sex anywhere near as often as men do. However, they can be encouraged to think about it, by the things that their husbands do outside the bedroom. Kissing is a very important part of that.

So, put some kiss breaks on your schedule. If you don’t share an office with your wife, like I do, you’ll have to find other times. Have a kiss break before you leave for work in the morning. Grab her for another one when you walk in the door in the evening. Schedule one for just after dinner, and another for just after you put the kids to bed. Whatever works for you.
Posted by Rev. Rich at 9:33 AM 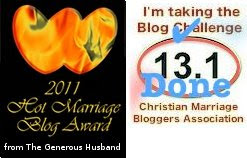 Check out my Other Blog 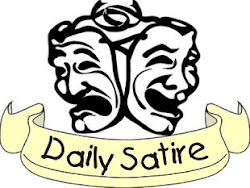